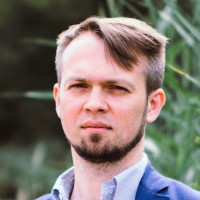 EventModeling & EventStorming what tooling is required

If you executed the EventStorming or EventModeling workshop, most likely you found out that the outcome is awesome. Understanding of the solution has sky-rocket. But then a question rises:

How to use it more frequently???

With tools like Miro and Mural, you certainly can model stuff, but the board becomes soon a nightmare:

What do we want to achieve?

We want to engage businesses in modeling their domain. But we also want software engineers to make their descriptions precise. Modellution let engineers to mark blocks as specification, but also let business freely model stuff that they yet, don't know how to express. The blended view can be easily filtered.

We also want engineers to be incentivized in using Event Storming and Event Modeling. When using other board apps, parts of content need to be copied to source code. With Modellution Software Engineers can use plugins in their IDEs in order to insert customized code-snippets. Once the code is in place, Modellution provides SDK that allows them to easily update the model in Modellution based on your source-code (through Reflection).

With Modellution you'll get much more and finally, you can frequently use #EventStorming and #EventModeling. Schema register, swim lanes, Jira integration, IDE plugins, and much more. If you want to test us - join the beta program now :)